Sunday is International Women’s Day so we thought it only fitting to pay homage to some of our favourite female designers. By the way, this isn’t like a Channel 4 top ten and isn’t in any particular order, but naturally our pick at number 1 had to be first.

You’re probably aware of our obsession with Eames, so it’s only right Ray is top of our list. One part of this design powerhouse, Ray worked with, not for, husband Charles to create some of the most iconic designs of the 20th century. As well as creating iconic furniture pieces, Ray was also an accomplished textile designer creating numerous iconic prints. 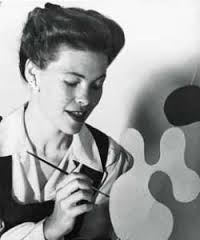 As a woman in the predominately male dominated Modern Movement, Eileen Gray isn’t remembered as much as her male peers. Nonetheless she designed some of the most important furniture of its time which still remains as relevant and popular today as the time it was created including the iconic Bibendum chair.

As an integral part of the Festival of Britain in 1951, Lucienne Day leaves behind a legacy which has influenced today’s textiles designers. Known for her rich, graphic and modern prints, Lucienne worked alongside furniture designer husband Robin and won numerous awards and accolades for her work. It might have started off as a fashion house, but it’s Missoni’s homewares that draws us to Maison et Objet every year.

As head of a family-run business, Rosita has been instrumental in making sure we add colour and pattern to our homes. Often copied but never bettered (sure hope she takes it as a sign of flattery), the zigzag has become synonymous with this truly creative textile designer.

Bethan Gray has become one of the most important designers of our time. From collaborations with John Lewis to creating her own work, she has won numerous awards and continues to delight her fans with new designs and products.

We remember seeing Zoe Murphy way back when at TENT when she was relatively unknown and instantly fell in love with her beautiful “up cycled” pieces. As well as putting Margate back on the map, Zoe has continued to wow the interiors press and impress the buyers at Liberty having her products stocked in its famous 4th floor furniture department. We couldn’t not mention the Queen of Beige in our round up of favourite female designers. Solely responsible for persuading people to ditch magnolia and use a more sophisticated palette, Kelly has not only created beautiful interiors across the world but also flies the flag for British business and design abroad.

Ok, so not strictly one female but two and a Mother and Daughter team, what could be better? This duo’s creativity and prints never fail to impress us, in fact we’re pretty sure they single handedly responsible for resorting our love in wallpaper. 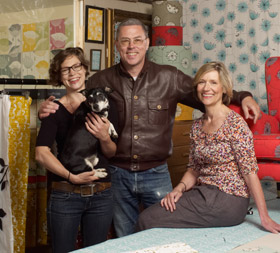 At a time when everyone was getting very serious about interiors, Donna Wilson came along and cheered everyone up. Her beautiful cushions, throws and ceramics, often featuring slightly quirky animals, can’t fail to raise a smile even among the most miserable. Plus, we’ve met Donna and can personally testify how lovely she is.

We don’t get designer star struck that often (ok, so we did once mumble to Matthew Hilton how much we admired his work while blushing profusely) but meeting Celia Birtwell OBE was a special day for us. Hugely influential in the 1960s and 70s, and today her wallpaper and fabric prints are among our favourites. Plus, and this is a big plus, she’s been a muse for David Hockney since 1968. 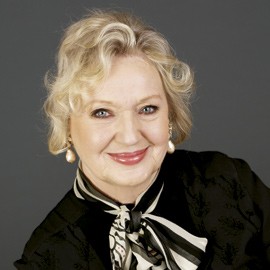